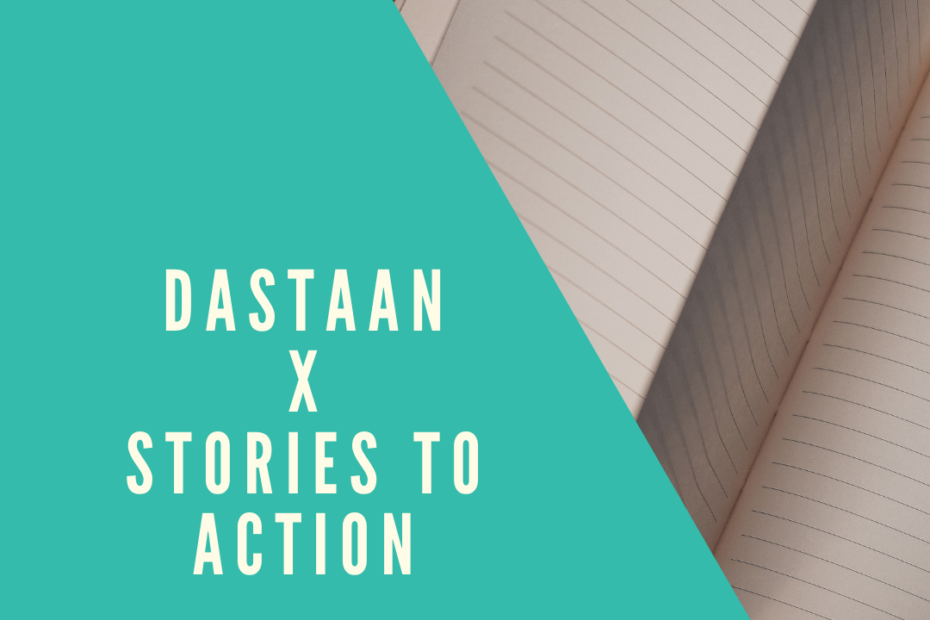 Roshni by author  Rameen Shahzad is inspired by the theme silence.
This story is an additional featured piece of the  #WeToo competition, a
collaboration between Stories To Action and Dastaan, where young people shared inspired by COVID-19’s impact on sexual and reproductive health and
rights.

The shrilling sound of the doorbell woke me up from my slumber. It took me a second to get my bearings but the doorbell didn’t stop. Glancing at the clock I rushed to the door, praying with all my heart that Amir would be in a good mood. The second I opened the door, Amir’s briefcase knocked into my ribs. Stumbling backward, I yelped in pain but that earned me another blow. I could see it in his eyes that he didn’t want to make a scene in the doorway so I smiled and welcomed him home to appease him.

As soon as Amir entered I rushed to the kitchen as I knew what would happen if he didn’t get his afternoon tea in the next 2 minutes. In the rush I burned my hand but I knew I had to ignore the pain and get everything ready. Tea was a quiet affair, he talked about his work and I listened, but my mind was wondering how I got to this point in life. The first year of marriage was so different, and maybe it was those memories that have shackled me to this place. As if noticing my emotional distance, Amir left the room to get changed. I busied myself with dinner since I knew how particular he was about these things. Dinner was uneventful — thank God for that. He seemed in a good mood, even complimented my steak, which he rarely does. As soon as dinner was done he went to sleep and I was left to my devices at last.

For the thousandth time, my mind went to the doctor’s appointment I had in the morning. I struggled with whether I should let the cat out of the bag or should consider other options. According to the doctor I only had a couple of weeks before I start showing and I don’t know how I feel. It would be an understatement to say that I hated myself for not being able to give up on Amir because every time I think about that I think about how much he had helped me and this aggression feels like a small price to pay for all that he had done for me, keeps doing for me.

Ignoring the voice in my head saying it shouldn’t be like this I thought of happy times, maybe that’s why I stay after all this. I think back to those shy calls we use to make after our engagement when he use to promise me the moon and I use to fall head over heels for his words.

Those nights when we couldn’t get enough of each other, those mornings when I’d be too lazy and he’d make me breakfast in bed. It all seems so surreal, how can someone change so completely that you can’t even recognize them at all. I can still see his shy smile in my dreams, the smile he got around me, the smile that was a testament to his love and adoration.

“Pull yourself together,” I muttered to myself. I needed to have a hard discussion with myself and yet I couldn’t. I needed to evaluate my life, our life, and then make a decision that would perhaps change the course of all our lives, and it wouldn’t do to get weak over his smile. I closed my eyes and thought back to the first time I saw the shift in his temper. It was a meaningless argument, I thought he was joking around with me when he stopped me from spending the night at my parents’ place. I still get goosebumps thinking about that morning, the hatred in his eyes, the sharpness of his words still cut into my soul. What started with the joke of ‘how could you prefer them over me’ turned into something sinister by my joking reply of ‘I’d always prefer them because they’re my parents’. The shift in his demeanor evident from his expressions, him throwing the cup of tea all over my face. His expressions mimicked mine as if he was as confused by the outburst as me but I came to the conclusion soon that it wasn’t shock from his temper, rather it was shock that he acted out what he inwards thought. His apologies, begging me, pleading with me that he didn’t know what happened, what took over him and like a love-struck puppy I ate his every word because he didn’t seem like the kind of person to prefer anger or violence.

I thought back to thoughtful things he did for me, without asking for anything in return, how he stood by me throughout my baba’s battle with cancer. How he used to visit him every day on his way back from work. And maybe I realize, it’s this sense of duty binding me to him. How he went through me at my worst so I have to brave him through his worst. I smile thinking back to how he stayed in line for hours just to get me an autograph from my favorite author without me even knowing. How even still he went overboard with plans for our anniversaries, be it wedding, engagement, or nikkah, he has to celebrate each. The last time it was a puzzle which ultimately led to my favorite restaurant. But just like this, my mind jumped to after the anniversary, how he got angry at the watch I got for him because there is nothing personal about watches and he wanted a personal gift. How I’d spent the night crying and the morning covering up the bruises with make-up just so nobody gets suspicious at the party my mama threw for us.

“Stop digressing from the problem, Aminah,” I muttered to myself again. I needed to come to a decision and digressing would only prolong the ordeal. I know deep down he’s a good person, he’s the person I fell in love with, if he wasn’t I would have given up hope. But is now even that hope is fading me. I could have taken all this as an expression of love but could I let him express his love the same way to my child? Oh, the hell I’d go through daily!

I’ve seen how he is around children, how he adores them and showers them with attention, but would he be the same with his own child. Would he love his child unconditionally or would he love the kid the same way he loves me. Would I be strong enough to stand up to him for my child’s sake, or would my child be growing up in an environment where there is constant fear and no respect for the spouse? If I had a son, would he become like his father? Or if I had a daughter, would she normalize abuse because that would be the only life she’d know? I hadn’t been strong enough to draw the line when it came to me, but I need to break this silence for the life living inside of me.

As soon as I decided to leave, I quickly glanced at the clock to calculate how much time I have before Amir wakes up. I knew I wouldn’t be able to stand with my decision and he’d convince me to change my decision. I quickly packed a spare pair of shalwar kameez, my gold jewelry, and all the money I have had been saving up for a rainy day. Now all that left was to write Amir a letter, explaining my decision, my reasons, every thought I had been too scared to voice in front of him.

I knew the second I started writing the letter that it was the absolute right thing for me to do. I’ve been silent for too long, I’ve enabled him for too long. Every time I apologized, even when he was the one at wrong, ever time I accepted his apology, even forgave him without his apologies, all for him to do it again. Every time I excused his behavior only for him to do it repeatedly. Every thought, every feeling I’ve had bottled up inside of me because of the fear of judgment from the society burst out of me. If I ever doubt my decision, I’d look back to this very moment. The peace, the calm, the tranquility I felt writing this letter made it certain that it was the only thing to do. I wrote about how I had to leave, if not for my sake then for the sake of the child I’d be bringing into all this.

As soon as the letter was done, I folded it up and left it at the dinner table. And left the house for good forever. I didn’t care about where I was going, what I’d do, all I knew in my heart was peace. I would take each day as it came. I’d do everything in my power to raise my child in a world with my values, my principles, in a world where my child wouldn’t have to fear anyone but God. Where we wouldn’t have much but we’d have each other and that is all that matters to me.